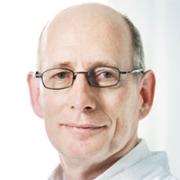 1984-1985:  Resident at the Copenhagen University Hospital in medicine and surgery.

1979-1983:  Postdoctoral Research Fellow, Department of Medical Physiology B, University of Copenhagen, Denmark and Division of Diabetes and Metabolism, Boston University School of  Medicine, Boston, Massa­chusetts, USA. 2 years of this time were spent in Boston.

Publications
As of March 2017 I have published 319 peer-reviewed manuscripts, proceedings, reviews and editorials listed by PubMed and these papers have in total received >17.000 citations. My list of publications includes papers in N.Engl.J.Med.; J.Clin.Invest.; Cell Metabolism; PNAS; FASEB J.; Diabetes; J.Physiol.; Am.J.Physiol.; J.Appl.Physiol.; Physiol.Rev., Nature Reviews Endocrinology and Handbook of Physiology. My H-index is 79 (Web of knowledge). In addition I have published 32 proceedings, textbook chapters and reviews not listed by Pubmed.
Book edited: Advances in Experimental Medicine and Biology, vol.441: Skeletal Muscle Metabolism in Exercise and Diabetes, Plenum Press, N.Y., 1998, pp.35-46. Eds: Richter, E.A., Kiens,B., Galbo,H. and Saltin,B.
Textbook Chapter: Galbo, H and Richter,E.A. Exercise. In: International Textbook of Diabetes Mellitus. Third ed. Chapter 43, pp 771-994. Chichester: John Wiley and Sons, Ltd., 2004. This was updated in 2016.
Congress organization
Selected managerial and directing activities
Editorial activities
Evaluations
Examiner on PhD thesis at University of Copenhagen, 1988, 1993,1997,1999, 2001, 2003, 2004,2006,2007; 2009;2011,2012;2013 and 2014 and at University of Melbourne, Australia 1994, 2001 and 2007; Deakin University, Melbourne 2001, Gent University in 2000 and 2011 and Odense University, Denmark 2002 and Karolinska Instituttet, Stockholm 2000 and 2003.
Examinator on doctoral theses at University of Lund, Sweden in 1992 and 2014; at University of Copenhagen (medicine) in 1995 and 2013; at Karolinska Institute 1999 and 2003, and University of Odense, Denmark 2004 and 2007 and University of Gøteborg, Sweden in 2014.
Examinator for job-promotion at Karolinska Institute, Stockholm (docenturansöknad) in 1991 and at Arbejdsmiljøinstitutet, Oslo (Seniorforskeroprykning) in 1992.
Examinator of research merits for professors at University of California, Berkeley, USA 1990, 1992 and 1994 and at Vanderbilt University 1997, Guelph University 2003,Toronto University 2004 and 2010, Yale university 2004 and UCLA 2004 and 2013, one Israeli professorship 1998 and 2013, Professorial evaluation for University of Basel 2015 and Professorial evaluation at University of Copenhagen, Faculty of Health Sciences, 2008 and 2015.
Examinator of research projects submitted to the Welcome trust, London 1992, 1994, 1997 and 2006 and Diabetes UK in 2010 and 2014 and to the National Science and Engineering Research Council, Canada 1994, 1996 and 2015, for the Australian MRC in 2006 and 2009, for the Research Council of Flanders in 2001, 2014, 2016 and 2017, The Swiss Research Foundation 2016, ERC 2016 and for various foreign private research foundations every year.
Supervision
I have completed supervision of more than 45 master’s projects, 15 PhD students and 14 postdoctoral fellows. At the moment I am supervising 3 PhD students, 2 postdoctoral fellows and 4 master student projects.
Examples of mentored students
Funding
I have been continuously independently funded since 1985 by mainly the Danish Medical Research Council, The Danish Natural Science Research Council, The Lundbeck foundation and the Novo Nordisk Foundation. I have also been work package leader in several large EU-funded consortia, a founding member of the Copenhagen Muscle Research Centre funded by the Danish National Research Foundation in the period 1994-2004 and the UNIK project “Food, Fitness and Pharma” funded by the Danish Ministry of Science and Education in 2009-2014 (120 million dkk = approx. 20 million US dollars). Currently PI of the project “Exercise, Nutrition and Health” funded by the University of Copenhagen Excellence Funds 2013-2017 (25 million dkk = approx. 4 million dollars).
Invited lectures
I have performed 3-6 invited lectures at various international meetings per year for the last 30 years.
Other activities
Together with Professor Bente Kiens, I took the initiative to establish the Copenhagen Muscle Research Centre, funded by the Danish National Research Foundation from 1994-2004.