Prolonged exposure of the head to strong sunlight significantly impairs cognitively dominated functions and coordination of complex motor tasks shows a new study from the Heat-Shield project coordinated by researchers from Department of Nutrition, Exercise and Sports at University of Copenhagen. This may have important implications for work safety and productivity. 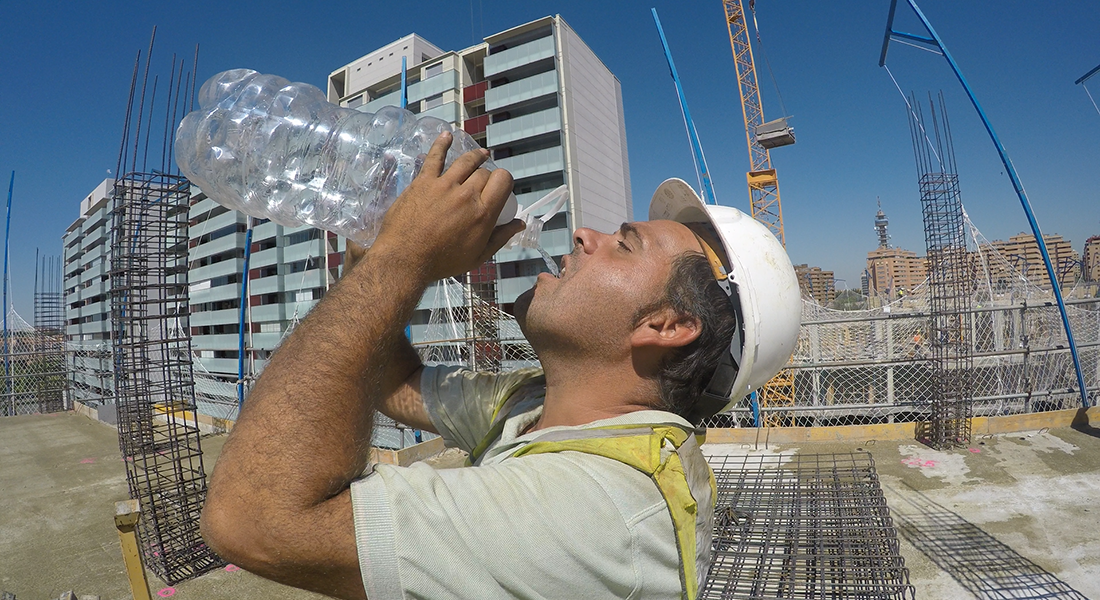 Approximately half of the global population live in regions where heat stress is an issue that affects the ability to live healthy and productive lives. It is well known that working in hot conditions, and the associated hyperthermia (rise in body temperature), may impair the ability to perform physically demanding manual work. However, the effects on cognitively dominated functions, and specifically the influence from sunlight exposure on human brain temperature and function have not been documented.

This new study shows clear negative effects of prolonged exposure of the head to sunlight, implying that we may have underestimated its true effects, as previous studies have traditionally been conducted in the laboratory, without accounting for the marked effect that sun radiation may have – in particular, when the head is exposed for a prolonged period.

“The novelty of the study is that we provide evidence that direct exposure to sunlight - especially to the head - impairs motor and cognitive performance,” says professor Lars Nybo, the project coordinator from Department of Nutrition, Exercise and Sports, UCPH. He continues, “Adding to this, the decline in motor and cognitive performance was observed at 38.5 degrees, which is a 1 degree lower body temperature than previous studies have shown, which is a substantial difference.”

Direct sunlight to the head may affect productivity

Many workers in agriculture, construction and transport are at risk from being affected by exposure to strong sunlight, such as we experience in Europe the summer months.  Postdoc Jacob Piil and professor Lars Nybo from UCPH headed this study in collaboration with colleagues from Thessaly University in Greece and they are convinced that the finding have implications not only for the workers’ health, but also for their work performance and safety:

“Health and performance impairments provoked by thermal stress are societal challenges intensifying with global warming and that is a prolonged problem we must try to mitigate. But we must also adapt solution to prevent the current negative effects when e.g. workers are exposed and this study emphasize that it is of great importance that people working or undertaking daily activities outside should protect their head against sunlight. The ability to maintain concentration and avoid attenuation of motor-cognitive performance is certainly of relevance for work and traffic safety as well as for minimizing the risks of making mistakes during other daily tasks,” says associate professor Andreas Flouris from FAME Laboratory in Greece.

Taken together, these results suggest that science may have underestimated the true impact of heat stress, for example during a heat wave, as solar radiation has not been investigated before. Future studies should incorporate sunlight, as this seems to have a selective effect on the head and the brain.

These findings highlight the importance of including the effect of sunlight radiative heating of the head and neck in future scientific evaluations of environmental heat stress impacts, and specific protection of the head to minimize harmful effects.

Facts about the study

Eight healthy, active males, aged 27 – 41, participated in the study. The motor-cognitive test consisted of four different computer math and logical tasks that relied on fine motor precision. Four lamps were positioned to radiate either on the lower-body or on the head (back, sides and top – to avoid blinding of the participants).

The study has been published in the article Direct exposure of the head to solar heat radiation impairs motor cognitive performance in the well esteemed journal ‘Scientific reports’.

The EU-funded project HEAT-SHIELD is dedicated to address the negative impact of increased workplace heat stress on the health and productivity of five strategic European industries: manufacturing, construction, transportation, tourism and agriculture.

The consortium consists of a group of twelve research institutions, two policy-making organizations, four industrial entities and two civil society organization from across the EU.