Blood vessel growth in muscle is reduced in women after menopause

A new study from the University of Copenhagen’s Department of Nutrition, Exercise and Sports demonstrates that formation of small blood vessels is impaired in the muscle tissue of postmenopausal women. The study’s findings highlight the importance of physical activity for women prior to and during menopause, as a means to prevent the development of disease later in life. 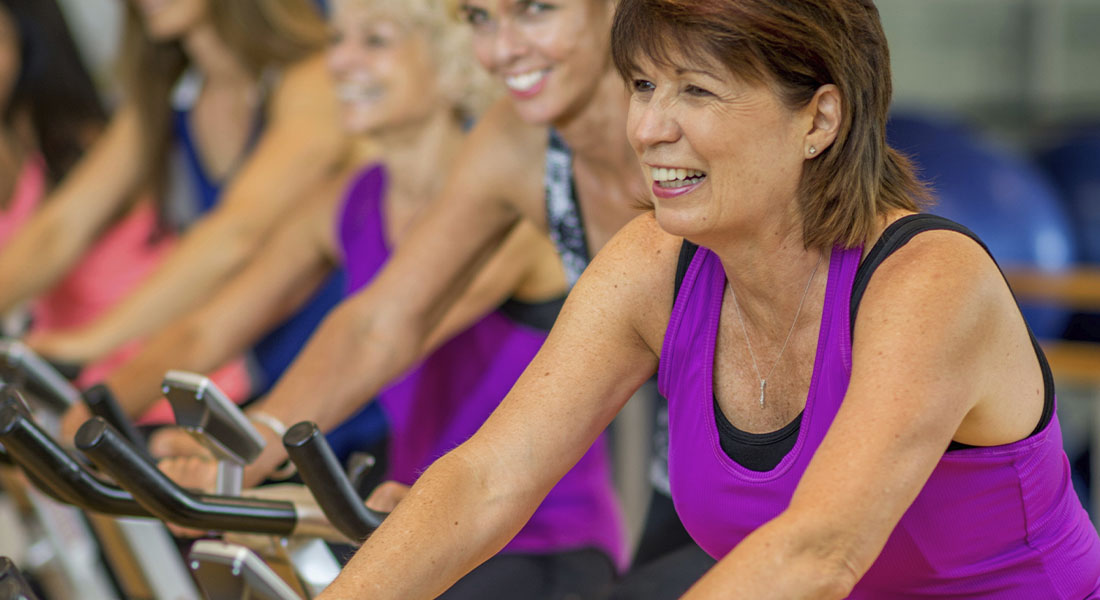 A new study has demonstrated that postmenopausal women have a significantly reduced ability to form tiny blood vessels, called capillaries, in their muscles — compared to younger women. The study showed that older women were unable to increase the number of capillaries in skeletal muscle tissue after an eight-week period of spinning on stationary bikes, in contrast with what has previously been demonstrated in both younger and older men.

Capillaries are important for health as they are needed for absorbing sugar and fat into muscles. The loss of capillaries can also have an effect on insulin resistance and contribute to the development of type 2 diabetes.

Despite the absence of capillary growth, the women’s health improved in a number of other ways after the eight weeks of spinning, including overall fitness.

Line Nørregaard Olsen, a PhD student at the University of Copenhagen’s Department of Nutrition, Exercise and Sports explains that the lack of improvement with regards to new capillary growth is most likely due to the permanent loss of estrogen after menopause:

“The study supports the idea that women benefit from being physically active prior to menopause, while their estrogen levels are high. It provides them with a better physical starting point as they enter menopause — which is important. Even though eight weeks of training of the post-menopausal women has a noteworthy effect on some parameters, it had no effect on capillary formation in muscle. A sufficient number of capillaries in muscle is important for muscle function and reduces the risk of developing type 2 diabetes."

Professor Ylva Hellsten, also of UCPH’s Department of Nutrition, Exercise and Sports, and the principal investigator, elaborates on the study’s potential implications:

"It is important to emphasize that both men and women are greatly served by being physically active throughout life, regardless of their age. But the current study suggests that there are some crucial differences between men and women in the way that the cardiovascular system is affected by aging and physical activity. As a result, this study should lead to an adjustment of the training recommendations for women in this age group."

In future studies, the researchers will evaluate which training is most effective to develop the  health of the postmenopausal women.