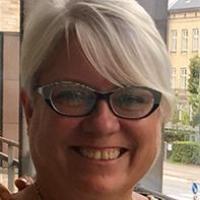 My research has primarily focused on health effects of micronutrients, food production methods and food preparation. In my master thesis and PhD project I worked with the influence of dietary factors on uptake and retention of mercury.  Since 1992 my research has focused on bioavailability of essential trace elements and minerals, as well as the effect of micronutrients on disease prevention and health. In the last years I have also included research on vitamins, natural antioxidants, organic food, heat treatment of food and effect on dietary fibres on prevention of disease.

2012 -      Deputy Head of Department-Education, SCIENCE (LIFE and SCIENCE merged in 2012 and became SCIENCE

Research areas include bioavailability of micronutrients and bioactive dietary components and prevention of lifestyle diseases.