can improve performance in endurance disciplines such as cycling, long-distance running, cross-country skiing, etc. New data from the Department of Nutrition, Exercise and Sports at the University of Copenhagen reveals that a small blood transfusion of only 135 ml of red blood cells can improve performance in cycling and other endurance sports. The findings may substantiate widely held fears that not all doping practices are detected. 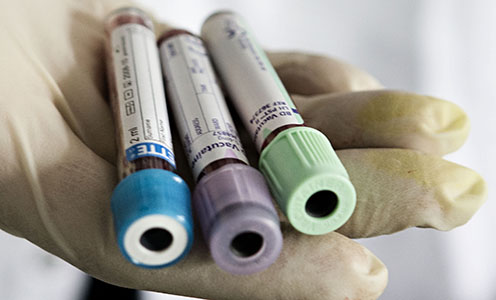 It has been known for 50 years that blood doping (blood transfusions which increase the number of red blood cells in the bloodstream to transport more O2 to muscles) can be used to enhance performance in endurance disciplines. These new findings suggest athletes can inject a very small amount of blood and still experience a relatively large effect on their performance.

The knowledge that even a small amount of blood can have a relatively large effect is critical for anti-doping organizations, athletes, and sports stakeholders alike, as it may impose greater demands on detection sensitivity.

Blood doping can be difficult to detect as no synthetics are used that can be measured in the blood. Although the introduction of the ‘Athlete Biological Passport’ (ABP) in 2008 has made it more difficult for athletes to cheat, in some cases it is still possible to avoid detection by even very precise doping control methods. According to Associate Professor Nikolai Nordsborg from the Department of Nutrition, Exercise and Sports, and Principal investigator of the study, the findings should thus serve as a warning for athletes considering blood doping with small amounts in the future:

“Anti-doping efforts have effectively reduced instances of blood doping, as highlighted by a general decrease in hematocrit levels of endurance athletes. But we must recognize that there are more sophisticated methods that do not result in substantial fluctuations in blood values, and which could perhaps be performance-enhancing. One of these is blood doping with a small amount of blood. It is important to know if performance and health is affected by these strategies. Now that we know this strategy can improve performance significantly, we must prioritise the development of new methods that can detect the abuse. We work hard to do that,” concludes Associate Professor Nordsborg.

In blood doping, the athlete’s own red blood cells are re-added to the bloodstream. This can be done by withdrawing one half to one litre of blood three to five weeks before a race. The withdrawn blood will be centrifuged, after which the red blood cells are collected and stored in a refrigerator. During the storage period the body is able to restore all or almost all of the withdrawn blood. The athlete then injects the stored blood via blood transfusion the day before a race or match. In short, blood doping increases the number of red blood cells available to provide oxygen to the athlete’s muscles, allowing for improved performance.

Studies have shown that this method can increase performance by up to 10%, especially in endurance sports. Blood doping was banned by WADA (the World Anti-Doping Agency) in 1985.

‘The Athlete Biological Passport’ (ABP) was introduced in 2008, and enables longitudinal monitoring of athlete blood values. The idea is that unexplained fluctuations in biological variables (for instance, hemoglobin content in the blood, hematocrit value, or the number of new, immature red blood cells, called reticulocytes could indicate doping, even though some doping methods cannot be detected directly.

Nine healthy, well trained men with an average age of 29 years participated in the study. They had at least three years of experience in endurance sports (cycling or triathlon). The men participated in two rounds of experimentation. They randomly received either a blood transfusion or a placebo in the first round of testing. In the second round of testing they received the opposite. The study was blinded for both the test manager and test subjects. In both rounds of testing the subject performed a time trial of approximately 40 minutes on an ergometer bike before and after receiving a blood transfusion of their own blood or a placebo.

A whole bag of blood contains 450 ml blood, which consists of 45% red blood cells and 55% plasma. This study only stored the red blood cells, and injected approximately half of the stored cells back into the test subjects.

The study took two years to complete and, although this type of study typically involves few participants due to a high resource demand, the study design provides highly valid results as the participants acted as their own control group.

The study’s results are published in the article ‘Time Trial Performance Is Sensitive to Low-Volume-Blood Transfusion’ in the prestigious scientific journal ‘Medicine and Science in Sports and Exercise ‘.

Jacob Bejder’s research was funded by the Partnership for Clean Competition and Anti Doping Denmark.