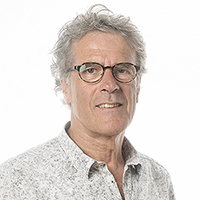 Since Sept 2009 Visiting professor at the Copenhagen Business School, Master of Public Governance, responsible for the module "Personal leadership, coaching and protreptic"

2000-2009 Associate Professor in Psychology of Sport

2005-2007 Head of the Department of Human and Social Sciences at the Institute of Exercise and Sport Sciences, University of Copenhagen

2001-2005 Head of the Department of Physical Education, Pedagogy and Psychology at the Institute of Exercise and Sport Sciences, University of Copenhagen

1998-2000 Assistent professor in sport psychology at the Institute of Exercise and Sport Sciences, Univ. of Copenhagen. Responsible for research and developmental work at the Department of Physical Education, Pedagogy and Psychology

May 1999 Visiting professor at the Institute of Psychology, Seattle University

1993 Completed a sport psychology programme at the German Association of Psychology (BDP) and the German Association of Sport Psychology (asp)
1993 Guest researcher and teacher at the Psychological Institute of the German Sport University in Cologne.
1987 - 1997 Lecturer at the Danish State Institute of Physical Education, teaching sport sociology, psychology, educational theory and swimming
1978-1987 Teacher at different schools, first in Germany, from 1985 in Denmark
1983-84 Second educational phase of the German grammar school teacher's training

External Activities and Indicators of Esteem

Associate of the TAOS Institute